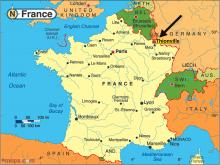 Once part of the Roman Empire, then the Holy Roman Empire, it was taken from the Spanish crown by Louis II in 1643. Thionville became a property of the House of Luxembourg until 1462, the House of Burgundy to 1477, and eventually part of the Hapsburg Empire. Situated within the Alsace-Lorraine valley, Thionville moved back and forth between German and French rule. The French entered Thionville (its German name: Diedenhofen) at the end of the First World War, and Thionville was again transferred to France by the Treaty of Versailles (1919). Occupied by the German Army during WWII, Thionville was liberated by the American Third Army under General George Patton in November, 1944.

Thionville invited the City of Urbana to participate in the 70th Anniversary Celebration of the Liberation of Thionville from Nazi Occupation at the end of the Second World War. The Urbana City Council passed a Resolution in 2013 creating a Sister Cities agreement with Thionville, and in November 2014 a delegation of nine individuals traveled to Thionville to participate in the event. The delegates toured the City, attended parades, observed ceremonies at the Place du Marché, and laid a wreath at a monument honoring fallen soldiers. The highlight of the weekend was the reenactment of the retaking of the bridge across the Moselle River by the American Army. During the banquet that followed, Urbana resident and WWII Veteran Kermit Harden was honored, and the Mayors of Urbana and Thionville signed an official “Twinning Cities” charter. 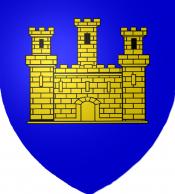 In 2015 Urbana was pleased to host a reciprocal visit by our new French friends led by Mayor Anne Grommerch. Our visitors toured Urbana and the University of Illinois campus, visited French classes at Urbana High School, attended a University of Illinois football game, and were special guests at a reception at the President’s House, exchanging gifts and words of friendship. They were treated to a traditional Thanksgiving dinner at the home of one of our members. Our visitors stopped over in Chicago for several days of sight-seeing before returning home.

Three Sister Cities emissaries visited Thionville in November 2018 as part of a longer visit in France. In 2019 we look forward to another visit to Thionville as the city prepares to celebrate its 75th Anniversary of its Liberation from German occupation at the end of WWII.