A Leaf Out of History: Urbana's Significant Buildings, A Podcast Tour 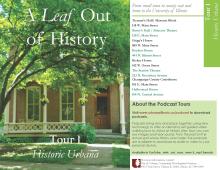 Tour 1 documents Urbana’s transition from a small countrytown to County Seat and home of the University of Illinois. 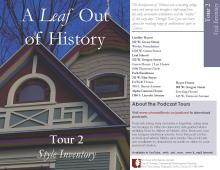 The development of Urbana into a bustling college town and county seat brought a shift away from the early vernacular architecture and the “estates” of the early days. Through Tour 2 you can learn about the resulting range of architectural styles in Urbana. 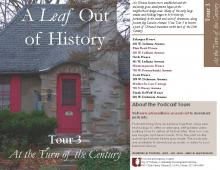 At the Turn of the Century

As Urbana became more established and the university grew, development began at the neighborhood design scale. Many of the early large estates and holdings began to be broken up, particularly to the south and west of downtown, along present day Lincoln Avenue. View Tour 3 to become a part of Urbana’s transition at the turn of the 20th Century.